After 31 years of investing, here’s the most important thing I’ve learned: nobody can predict the future. Unfortunately, there’s no shortage of fortune-tellers. They claim to predict where stocks, bonds, gold, currencies or oil prices are going next. If I listened to those predictions, I might be broke today.

If you’ve been investing for a few decades, and your memory is long, you’ll know what I’m talking about. Almost every week of every year, money-related headlines will grab your heart and squeeze it. They always sound convincing. And when they build momentum, they spread faster than a high school rumor.

One such report came from the Bank of America/Merrill Lynch in October 2019 titled, “The End of 60/40.” It said the classic allocation of 60 percent stocks and 40 percent bonds shouldn’t be used anymore. It referenced ever-lowering bond yields that will hurt the performance of portfolios balanced with such a high percentage in bonds. Several publications have jumped on this bandwagon, evoking further fear.

Here’s one thing we know: bond interest yields are low. 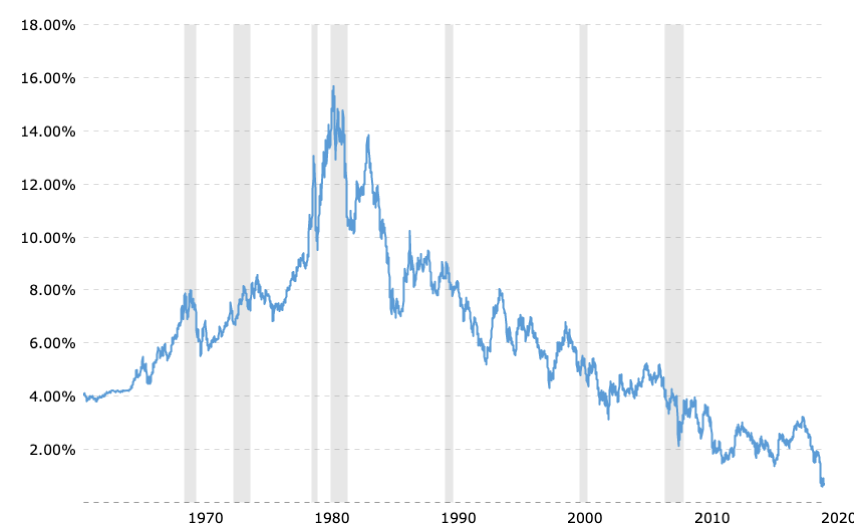 On June 22, 2020, the yield on a 10-year treasury bond was just 0.64 percent. But investors need to understand two important things:

1. When an asset class performs poorly, that doesn’t mean it always will.
2. Current bond yields shouldn’t be relevant to you.

When an asset class performs poorly, that doesn’t mean it always will
_

It’s human nature to look for patterns. When people figured out that tigers could eat us for lunch, we avoided tigers. We sought patterns for survival. But when it comes to investing, the same instincts don’t help. If something happened in the recent past, it doesn’t mean it will continue.

For example, in 1979 BusinessWeek’s cover caused widespread fear. It reported “The Death of Equities.” Stock returns had been horrible over the previous 15 years. The Dow Jones Industrials stocks didn’t break from their 1965-point level until 1982. That 17-year pattern said, “Stocks are like tigers. You better avoid stocks.” 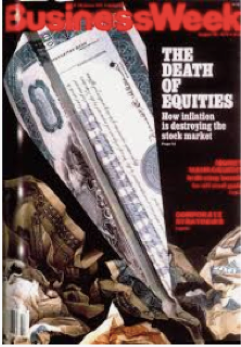 Here are some excerpts from the story:

“Further, this ‘death of equity’ can no longer be seen as a something a stock market rally–however strong–will check. It has persisted for more than 10 years through market rallies, business cycles, recession, recoveries, and booms…For better or worse, then, the U.S. economy probably has to regard the death of equities as a near-permanent condition…”

Ten years after that story was published, U.S. stocks more than quadrupled.

U.S. Stocks Soared After “The Death of Equities” Report 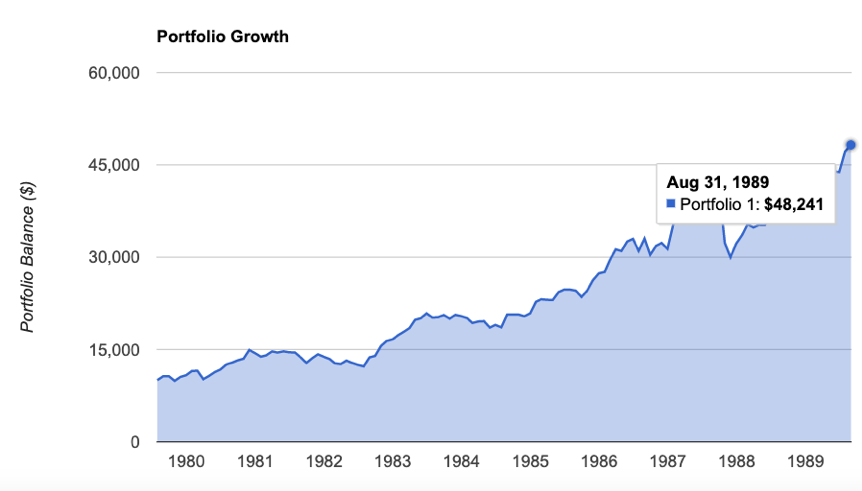 In 2017, David H. Bailey, Jonathan M. Borwein, Amir Salehipour and Marcos Lopez de Prado published Evaluation and Ranking of Market Forecasters . It expanded on previous research by CXO Advisory. It examined the accuracy of some of the world’s most esteemed stock market forecasters over a 12-year period. The study found that stock market predictions were more often wrong than right. What’s more, their accuracy was even worse when stocks either performed far better or far worse than their historical average. In other worls, when people really wanted windows to the future, these experts pooped the bed.

It would be wrong to think they could predict bonds any better.

Why Current Bond Yields Shouldn’t Be Relevant To You
_

It would be nice to see higher interest rates. But you shouldn’t own a bond index for its interest. Instead, its role in a portfolio is to increase stability. After all, bond prices sometimes drop. But government bond market index funds don’t crash like stocks.

Consider the role of an intermediate government bond market index during the COVID-19 market crash. Below, I’ve included a chart showing two performances: 100 percent stocks (represented by the blue line below) versus 60 percent stocks, 40 percent bonds (represented by the red line). Yes, the yield on a 10-year government bond was low. But a broad bond market index doesn’t just represent a 10-year government bond. Notice how far stocks fell during the depths of the COVID drop. According to Fidelity, about 1/3 of its investors sold all of their stock market investments during this drop.

However, those with 60 percent stocks and 40 percent bonds wouldn’t have seen their porfolio plunge this far (note the red line). Bonds, as they always do, dampened the portfolio’s drop.

This could be just the thing you need to stay the long term course. It might prevent you from selling low, as so many investors do when stocks hit the skids.

Choose an allocation that fits your personality and your tolerance for risk. Then master your emotions and stick to the long-term plan. Doing so will reap far better rewards than a fortune-teller’s whisper.